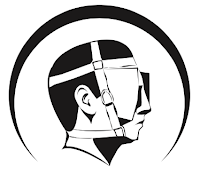 By Daniel Ruiz
Blinders Off, LLC

To better understand why the automotive industry is in the middle of a perfect storm, first go back and consider the also perfect set of events that led to a robust recovery and a record setting 2016 sales year.

Our Last Recession
In 2009, the automotive industry faced a great challenge. New light vehicle sales dropped to 10.4 million, GM and Chrysler went through bankruptcy reorganizations, retail dealers closed and many folks lost their jobs. The US  government felt the need to act in order to support the very vital automotive industry (3% of GDP & 10% of manufacturing). The Fed also stepped in to help stimulate the overall economy by reducing interest rates.

Consumer Purchasing Power
For the purpose of this piece, the central focus will be placed on the purchasing power of the consumer. With no bottom in sight for falling new vehicle sales, our government attempted to stimulate demand by approving the 3 billion dollar Cash for Clunkers program beginning on July 1, 2009. Consumers received as much as $4,500 for trade vehicles that qualified for “clunker” status. The trade value of $4,500 represented a $75-$90 reduction in monthly payment on a 60 month loan assuming good credit. The program would run until a specific end date or until the total approved funds ran out. Consumers responded very well to the stimulus and sales spiked sharp for a brief period till the program ended on August 24, 2009. This program also had an impact on the supply of used vehicles since all qualifying trades were destroyed as part of the transaction.

In December of 2008, the Fed also stepped in to stimulate the overall economy by lowering interest rates to a historic low between 0-.25%. In the following years, the 0% auto loan became the norm. Zero percent loans significantly boost consumer purchasing power by providing monthly payments of only $16.66 and $13.88 per thousand financed for 60 and 72 months respectively. These two forms of stimulus also had residual effects that further boosted sales volume and auto price inflation.

After the recession ended and demand returned, used vehicle values made strong and steady gains from 2009 till 2011 and peaked in 2014 due to a supply shortage, lower interest rates and increased demand from subprime borrowers after many folks damaged their personal credit by defaulting on a variety of loans.

This period of strong used vehicle value performance resulted in very short trade cycles, which significantly boosted new vehicle sales velocity. To illustrate this, consider this chart of a 60-month loan on a Toyota Camry. The black line represents the principal balance owed. An optimal trade cycle occurs when the principal balance owed on a loan intersects with the market value of the vehicle. The black dotted line is representation of peak used passenger vehicle values. Note how quickly the value line crosses the principal balance line. Those who kept their vehicles slightly longer, found themselves with equity in their trades which further boosted their purchasing power.

However, nothing gave consumers more purchasing power than leasing during this time period. Higher used vehicle values led to higher residual values.  The most impactful portion of a lease is the gap between the sale price of a vehicle and the residual value. I’ve personally witnessed leases that boosted consumer buying by producing monthly payments that required as little as $10.00 per thousand of a vehicle’s MSRP. As a result, leasing became more and more popular with 2016 setting a lease penetration record.


The stimulating effects of all the items listed above have created significant auto price inflation. The average new vehicle transaction price in 2008 was $28,350 and has increased to $35,309 in 2017 (24.5% inflation) while the median household income has increased by only 12.3% as of 2015. (Data for 2016 will be available in September of this year.) Some segments have inflated even more as shown below:


However, the 0% loans could only take us so far. The effect of ultra low lease payments due to abnormally high residual values helped to further inflate the value of new vehicle prices above and beyond what 0% loans could achieve. Here’s a look at the vehicle most often leased from the manufacturer with the highest lease penetration ratio. The Infiniti G37, now known as the Q60, has inflated in price by 43.8% since 2008.

Once the price of a new vehicle gets so high that even 0% loan for 72 months no longer makes it affordable, the customer can  simply be converted to a lease to keep the sales moving. This is very evident today as manufacturers have become more and more dependent on leasing.

Why The Perfect Storm
The automotive industry needed every single ingredient listed above to reach last year’s record setting sales number. However, something has changed. Well, in reality, everything has changed. The set of ingredients that perfectly fueled the recovery have all reversed and now power the perfect storm:

What will happen when the new vehicle prices that have inflated beyond the affordability of 0% loans are no longer supported with the buying power that leasing provides? What will happen to the sales volume of the above manufacturers that rely on leases for more than 50% of their total sales?

Allow me to answer…  Inventory at dealers will begin to backup. We will start witnessing big discounts from manufacturers that keep rising in effort to control a rising day supply problem because new vehicles will  no longer be affordable. Incentives will stop working because as the price of the new vehicle is reduced, it will simultaneously put downward pressure on the trade value of the 1-3 year-old version of the vehicle. Production might slow or stop for a period of time, but it won’t change the fact that new vehicle prices will have inflated beyond the buying power of the consumer.

Utilize the same Chevrolet Tahoe from the chart above to illustrate:

Did Manufacturers Fail to Sufficiently Advance Technology?
Nothing can be more disruptive to an industry than newer and better technology offered at a lower price. New technology goes through a process of consumer behavior and price changes. To date, consumers have welcomed the technology from Tesla, leaving price as the next barrier or chasm to mass-market adoption. We are only months away from what I believe will be the introduction of a mass-market electric vehicle. The chart below illustrates the progression of Tesla as a car company through the process of Rogers’ Diffusion of Innovation.

It’s important to note that the $7,500 electric vehicle rebate is included in the estimated payments above and will be a significant factor in the demand for the Model 3. The rebate equates to $193 in monthly payments on the scenarios listed above. If the rebate remains, I challenge you to consider the timing of this new model’s introduction. Over the next year, new vehicles will become more expensive (in regards to monthly payments) due to rising interest rates and falling residual values. The model 3 will then be offered to the public at this time and will represent the newest technology at a lower price (again, payments). The timing of these events might force new vehicle manufacturers to compete in the electric vehicle market sooner than expected, but I believe that Tesla has a commanding technological lead in this segment.

Will the Auto Industry Ever Be The Same?
I believe that we will witness significant changes in the way that we purchase our vehicles after the downturn that I expect in the auto industry. Profits for manufacturers and retail dealers will fall significantly in the coming years. As I write this, dealer groups are investing in more and more retail storefronts. Falling new vehicles sales will mean more dealers competing for fewer customers. This sales environment will lead to massive margin compression and newer entries may not survive. Both manufacturers and retail dealers will be forced to reconsider the cost structure of their business to better compete with companies like Tesla which have a much lower cost of distribution.

Something that’s very different today than it was during our last recession is the ability for companies to replace or reduce the size of their workforce with technological alternatives. I believe that when the smoke clears, manufacturers and dealers will adopt a much more cost-effective way of retailing new vehicles to the public. This will have a negative impact on both the quantity of jobs and wage growth in the automotive sector.


For investors, please consider that everything stated is actively measured. The value of my service is the ability to confirm the statements made far ahead of monthly, quarterly and annual data releases.

These are my opinions and the content contained in or made available through this article is not intended to and does not constitute investment advice. Your use of the information or materials linked from this article is at your own risk.

Popular posts from this blog

Used Vehicle Values - The Foundation For The Automotive Industry

May 19, 2017
The Perfect Storm By Daniel Ruiz Blinders Off, LLC Please start with the following video to better understand my analysis: Auto Market Projections The following topics all have their part in fueling the storm to come: 1) Trade Cycles and How They Affect New Vehicle Sales Velocity Used car values determine in large the velocity of new car sales. Most new car transactions involve a trade. The level of equity in the trade oftentimes determines whether a new vehicle transaction will be successful or not. Inclining used car values lead to faster trade cycles while declining used car values lead to slower trade cycles. Dismal new car sales volume during our last recession created a shortage of used cars. This created a large supply and demand imbalance that made used car values soar from 2009 till 2014 as seen on this chart. This time period was extremely favorable for new car sales because consumers found themselves in an equitable position on their
272 comments
Read more

Is There Safety in the Truck and SUV Sector?

September 03, 2017
By Daniel Ruiz Blinders Off, LLC Until this point, a lot of what I've shared with you is theoretically based on my knowledge and experience of used vehicle values and how I believe they affect new vehicle sales velocity. Today, I am going to share some some hard data that I've been researching with a great deal of effort. I genuinely believe that used vehicle values have a very significant effect on new vehicle sales velocity. I have explained it on Twitter and on a previous blog post through the concept of trade cycles. Because of this, I am certain that used vehicle values can be used as a leading indicator for inventory management at the manufacturing level, at the retail dealer level and certainly as an investment tool. However, I humbly hold that current used vehicle value indexes sources are not good enough. There is a very specific group of vehicles that can be monitored in order to better project results. The Manheim and NADA index both have too much noise i
96 comments
Read more